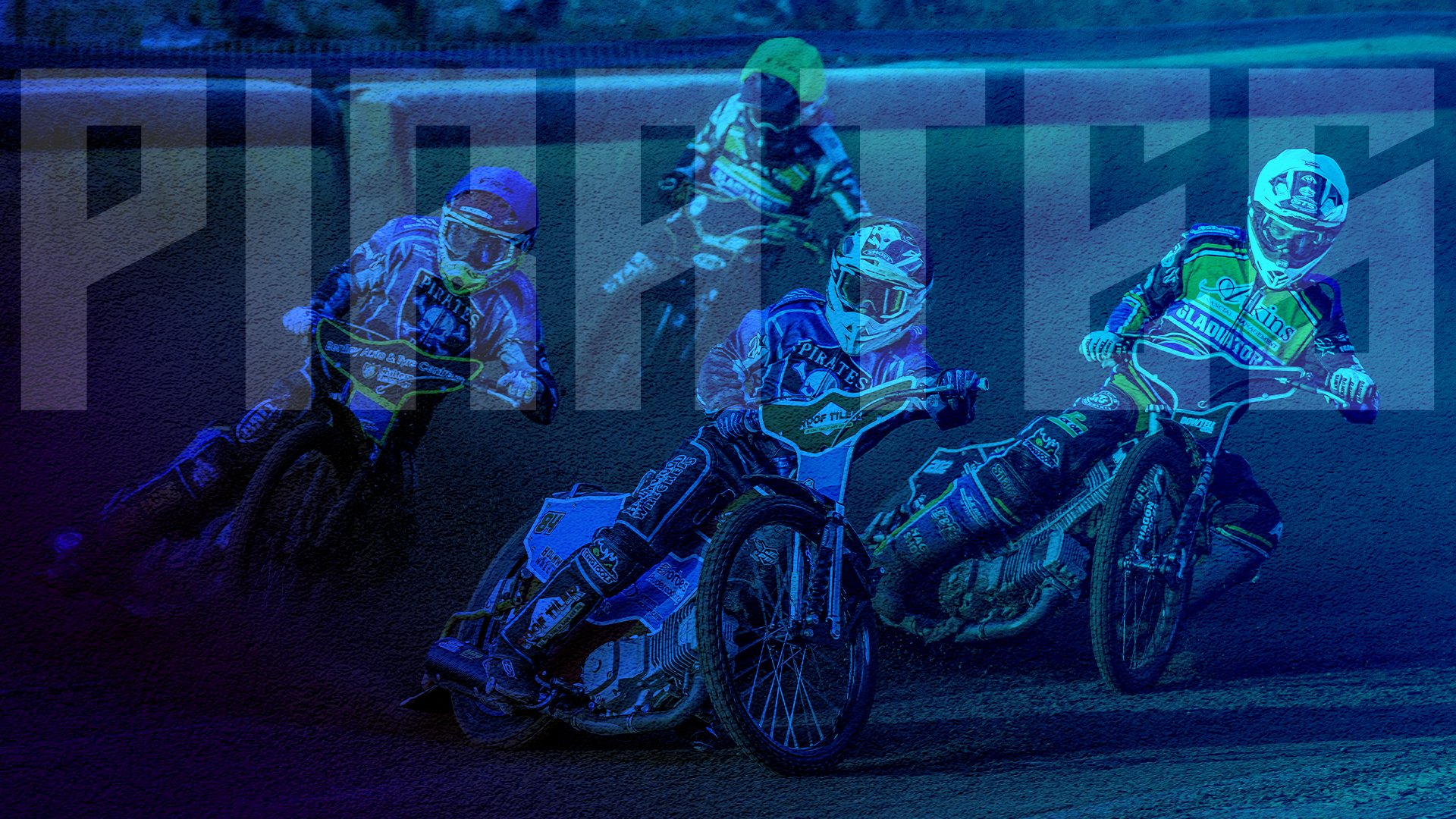 Poole Pirates emphatically secured their place in this season's play-off final as they became the first visiting side to beat the Glasgow Tigers at the Peugeot Ashfield Stadium.

It can often be a dangerous tactic to over-think outcomes but with the Pirates sitting on a thirty point advantage from the first leg they knew that the Glasgow Tigers would need at least one 5-1 from the fifteen heats of the second leg to be able to overturn that advantage and consequently the more occasions Poole could deny the home side a heat gain the closer they would get to their twelfth play-off final.

With the events of seven days previous, when the scheduled first leg was abandoned with only  a third of the heats completed, still fervent in the Pirates minds, their gander was certainly up before a wheel was turned. But when referee Graeme Hunter adjudged Ben Cook as the cause of Ben Basso's fall in the opening heat, Cook having a spluttering machine but Basso getting into trouble on his own, hackles were raised even further. Skipper Danny King managed to deny the Tigers that much needed advantage.

An anticipation at the start of heat two by Paul Starke, although causing the red lights to come on,  went unpunished and in the re-run he partnered Connor Bailey to a 5-1, after they both beat Zach Cook up at the first turn.  Steve Worrall found himself in a neighbouring postcode such was his lead in heat three, the result again settling the nerves even though Drew Kemp was well off the secondary pace of the two Tigers. It was then Richard Lawson's turn to leave his opponents for dust as he flexed his muscles way out in front to win heat four as Tigers now needed forty-seven points from the remaining eleven heats.

Ben Cook, evidently fired up from having to sit out the opener, almost got the better of Craig Cook as they entered turn two but it wasn't quite to be and again Poole had to settle for a no-damage shared heat. Lawson then produced a blistering inside move to get by Basso in heat six and a couple of turns later Zach Cook was passing Starke. A turn later Starke fell and failed to clear the track, the referee awarding the heat as a Pirate 4-2.
Tom Brennan hit problems in heat seven and locked up right in the path of Kemp, both riders taking very heavy falls as Kemp's bike clouted his Team GB colleague mightily hard.

With Brennan disqualified from the re-run, Worrall, who had been out-trapped by Bailey in the first attempt, made sure of victory and Kemp's third place levelled the scores on the night at 21-21, Poole just ten short of their target, Glasgow forty short of theirs.

Zach Cook replaced Nathan Ablitt in heat eight to good effect as he quickly passed Bailey and put in a good shift to try and catch Starke. Brother Ben also moved up a place and the shared heat left Glasgow needing "snookers". Two-on-the-trot Zach went even better in heat nine as he made a splendid pass on Craig Cook to join Lawson on Poole's first maximum heat score of the evening, as they moved ahead for the first time. Whilst Basso picked up a heat ten victory it was too little too late and with the Pirates sharing the spoils the Tigers' still had work to do if they were to successfully defend their unbeaten home record of 2022. Two superb first turns in heat eleven from King and Cook put that record under real jeopardy as the Pirates edged into an eight point lead on the night. The aggregate hundred came up when Worrall became the first rider on the night to move into double figures, despite losing out to Craig Cook and Glasgow were denied a heat gain as Zach Cook picked up third place when Bailey packed up.

On the fourth turn Lawson and Basso fell simultaneously but in totally separate incidents resulting in heat thirteen being run as a match-race between Starke and King. Surprisingly the Tigers' guest popped out the start and led home the Poole man, but the 3-2 result had marginal affect on the scores.

Ablitt did really well to work the outside and swoop into the lead but arriving at turn four dropped it leaving Kemp to fight a lone battle in the re-run. The lad who not too much earlier had picked himself up off the deck after an excruciating fall, stormed to victory to seal the outcome of the second leg, Poole having achieved the double over the Tigers in the tie and inflicted that first home defeat on the Tigers and all that was left was to determine the magnitude of the victory. Craig Cook was announced as one of the choices for Glasgow, but he missed the time allowance and so Starke was drafted in to replace him. Worrall and Ben Cook  though weren't particularly bothered as to who they were up against as they stormed to closing 5-1, bringing the half-century up for the Pirates.